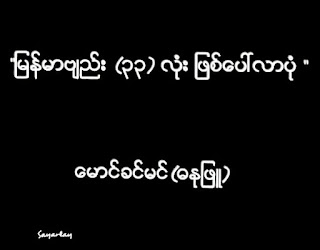 Email ThisBlogThis!Share to TwitterShare to FacebookShare to Pinterest
Labels: literature

Born in Afghanistan in 1988, Furmuli was a child during the civil war that raged intermittently for more than three decades. She doesn’t remember much of it, except for when her family left.


Wazhma was only about four or five years old when her sister was badly injured by flying shrapnel from a bomb that exploded outside their house. After that, the family decided to flee the country until things calmed down. They liquidated their assets, locked their house, and left for Pakistan, planning to stay two months. They were there for 12 years.
“Those are probably some of the least beautiful years of my life,” she said of the time.


Furmuli is one of 29 voices featured in We Are Afghan Women: Voices of Hope, a new anthology of personal stories released by the George W. Bush Institute. In it, she tells the story of how she refused to let anything stand in the way of her achievements.


Furmuli’s passion has long been education. When her family left for Pakistan, Wazhma and her siblings were able to continue their studies, which wasn’t possible back home. They returned to Afghanistan so that she and her siblings could attend college — in Pakistan, the universities were closed to Afghan refugees. And it was educational pursuits that eventually brought her to the United States. After years of studying English, she won one of only a handful of scholarships to study at Randolph College in Virginia when she was 19.


Now, Furmuli is fighting to make sure the next generation of Afghan girls have the same educational opportunities she did. "My story is not a sad story," she said. "It's a success story." And it's one she wants other girls to have. She’s on the board of the Initiative to Educate Afghan Women, which provides funds and support for young women like herself (and including herself, 10 years ago) to continue their education. Refinery29 talked to Wazhma about her experiences and what it was like following her dreams in a time of turmoil.

This interview has been edited for length and clarity.
WHEN I GOT THE SCHOLARSHIP, THE GIFT THAT I RECEIVED, IT SAVED MY LIFE. IT CHANGED MY LIFE.
WAZHMA FURMULI

You spent 12 years as a refugee in Pakistan. What was it like, living that life and trying to pursue your education?

“My father was an economist [in Afghanistan]. He had a very good job with one of the departments in the government, and then suddenly he didn’t have anything. It’s like — imagine a controller in one of New York’s companies suddenly moves to another country, and no one cares about what he knows or what he does, and he can’t use his knowledge. I’m sure it was very difficult for them to see us growing up not in the way they had probably dreamt for us.


“I’m sure you’ve heard of sexual assault in India, especially the assault of women and street harassment. It’s the same in Pakistan. And it gets worse when you’re a refugee. Because you’re not registered with the government, police are not going to protect you. You’re kind of off the grid. The only people who can actually protect you [are] your father, uncle, or brothers. Those who can physically support you when you actually face that sexual harassment when you go to school, when you go to work, or when you just leave the house.


“A lot of families didn’t let their daughters go to school because of that. Because they couldn’t protect them, or they didn’t have the time to protect them, or they weren’t as persistent as my parents. So [the girls] just stayed at home, because that was the safest thing for them to do, and I think that’s what makes me feel really lucky.


“I don’t think we would have been where we are if it wasn’t for [my parents]. We got very lucky that we had very openminded and very progressive parents.”

You came back to Afghanistan in 2004, only a few years after girls were allowed to go to school again. What was it like to come back?


“Coming back was sweet and sour at the same time. It feels great to be in a society or a community that you can call your own. Especially after living for 12 years as a refugee when you know that you’re in a limbo, you can’t go anywhere. But when you go back to your home country, the biggest thing for me was that you could dream, you could hope that some of your dreams would come true. Suddenly, we were all hopeful. As long as you worked hard, you could make something happen.” 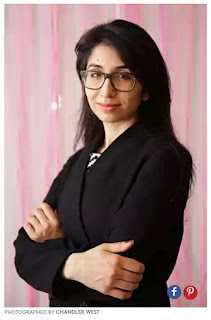 You told us that you think the American University of Afghanistan, where you worked before coming to the United States, is one of the most successful U.S. investments in Afghanistan. What’s the value of investing in education there?


“USAID has had a significant educational program in Afghanistan in the last 15 years. Today, there are 7 million children enrolled in different schools across Afghanistan, and around 3 million of them are girls. We have around 170,000 teachers, and 30% of them are female. Those are some significant numbers when you consider it’s a country with a population of 30 million. And the 7 million are the children who are now currently enrolled at schools. Millions have graduated in the last 15 years. Plus, all the private schools established in the last years, plus the American University of Afghanistan.

“I really like the investment that has been made in education, because it’s not a project that you start it, and after five years it’s closed, and your funding is over, and you’re done with it and that’s it. It’s an investment that has a longterm return and a high return. Every time you educate one girl, or educate a boy, you’re actually saving their life and changing their life for the better.

“When I got the scholarship, the gift that I received, it saved my life. It changed my life. And that’s why I will always say that, if you try to support Afghan women or even Afghan men, invest in their education."

Do you have any advice for people who care about these issues of women’s education and want to get involved?

“I have a message for young people like myself. We’re all busy, but after being involved with the Initiative to Educate Afghan Women in the last few years as a board member, what I learned is that when you have a cause that is so dear to you and you actually support it, and do something every week or every month, it feels really good. Spend a couple of hours a week and do something about it. Make a contribution, and that makes you happy.”

“For those who want to support Afghan women, or other women in the region, or any other thing, my suggestion to them would be to find a cause that you really care about and then find a grassroots organization that supports that and try to get involved. There are a ton of those organizations. Even a small contribution, even giving up the price of your one cup of coffee a month will actually help a girl or a woman or a boy significantly.”


“I think that all the contributions that we make are going impact us somehow in the future, and it’s for the good of ourselves to do it. So that’s my message for all the millennials. Find something, and spend a couple of hours every month or every week, whichever way that works for you. It’s just going to make you happy. It’s an investment for your happiness.”

You can read Wazhma's full story, as well as that of other Afghan women, in We Are Afghan Women: Voices Of Hope, available through the George W. Bush Institute.
Posted by Rohang king at 10:02 AM No comments: 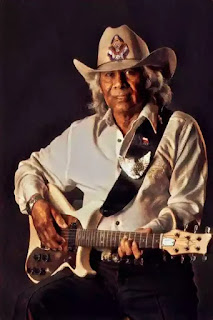 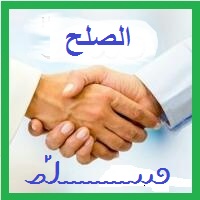