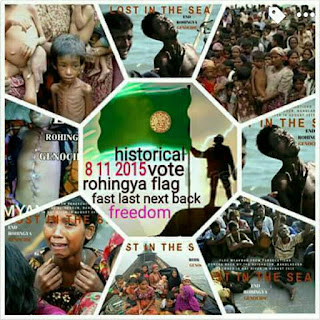 Posted by Rohang king at 1:07 AM No comments:

Email ThisBlogThis!Share to TwitterShare to FacebookShare to Pinterest
Labels: politic

Email ThisBlogThis!Share to TwitterShare to FacebookShare to Pinterest
Labels: ျပည္တြင္း 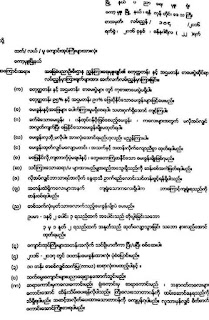 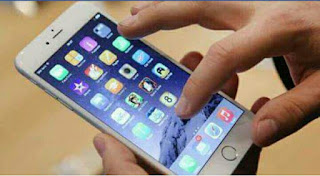 Email ThisBlogThis!Share to TwitterShare to FacebookShare to Pinterest
Labels: နည္းပညာ 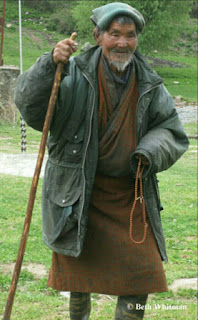 Posted by Rohang king at 9:04 AM No comments: 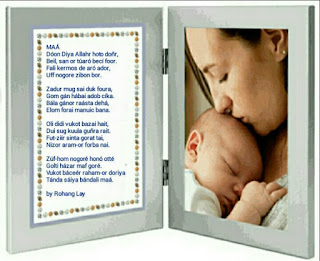 Netaji would have turned 119 today
Text resize A A
Netaji Subhas Chandra Bose was born on January 23 in the year 1897. He is considered as the most revered freedom fighter of India who built the first Indian armed force named the Azad Hind Fauj.
His famous slogan "You give me blood, I'll give you Freedom" sparked the fire of patriotism in the hearts of many Indians during the fight for independence. Even today, these words don't fail to inspire and move us.
On his 119th birth anniversary, we present to you 9 lesser-known yet inspiring facts about Subhas Chandra Bose, better known as India's Netaji:
1. He was a brilliant student and highly patriotic since childhood
Born in Odisha in the year 1897 as the 9th child of his parents, Bose was exceptionally brilliant and secured top ranks throughout his study in the school and university.
He completed his B.A. in Philosophy with a First Class score in 1918.
His nationalistic temperament and patriotism came to light when he was expelled for assaulting Professor Oaten for the latter's anti-India comments.
2. He resigned from the Indian Civil Service to join the freedom struggle
Bose left India in 1919 for England with a promise to his father that he would appear in the Indian Civil Services (ICS) Examination.
He went to study in Fitzwilliam College, Cambridge and matriculated on November 19, 1919.
He came fourth in the ICS examination and was selected but he did not want to work under an alien government which would mean serving the British.
As he stood on the verge of taking the plunge by resigning from the Indian Civil Service in 1921, he wrote to his elder brother Sarat Chandra Bose: "Only on the soil of sacrifice and suffering can we raise our national edifice."
Finally, he resigned from his civil service job on April 23, 1921 and returned to India.
3. He was twice elected as the president of the Indian National Congress
Earlier, Bose had been a leader of the younger, radical, wing of the Indian National Congress in the late 1920s and 1930s, rising to become Congress President in 1938 and 1939.
He was expelled from Congress leadership positions in 1939 following differences with Mohandas Karamchand Gandhi and the Congress high command after openly attacking the Congress' foreign and internal policies.
4. During the period of 1921-1941, he was imprisoned eleven times in various jails in India for his stand for complete independence
5. Bose believed that Gandhi's tactics of non-violence would never be sufficient to secure India's independence and advocated violent resistance
6. To get freedom, he sought the help of his enemy's enemy
At the outset of the Second World War, he left India, travelling to the Soviet Union, Nazi Germany and Imperial Japan, seeking an alliance with each of them to attack the British government in India.
With Imperial Japanese assistance, he re-organised and later led the Azad Hind Fauj or Indian National Army (INA), formed with Indian prisoners-of-war and plantation workers from British Malaya, Singapore and other parts of Southeast Asia, against British forces.
With Japanese monetary, political, diplomatic and military assistance, he formed the Azad Hind Government in exile, and regrouped and led the Indian National Army in failed military campaigns against the allies at Imphal and in Burma.
Along with the Japanese army they brought independence to Andaman and Nicobar Islands and came all the way to Manipur in India.
About his escape from India to Germany and Japan:
In the year 1941, with a daring escape from house arrest in India, Netaji Subhas Bose went from Kolkata to Gomo by a car and from there travelled to Peshawar by train. From Peshawar (now in Pakistan), he went to Kabul and from there he travelled to Germany to seek help from Adlof Hitler.
Bose travelled from Germany to Madagascar by a German Sub-marine named U-180 and from there a Japanese sub-marine called I-29 took him to Japan.  The voyage in two sub-marines covering such a long distance was extremely hazardous and it does not find any parallel in any freedom struggle.
7. Netaji is a much respected name in Japan
On August 23, 2007, Japanese Prime Minister Shinzo Abe visited the Subhas Chandra Bose memorial hall in Kolkata.
Abe said to Bose's family "The Japanese are deeply moved by Bose's strong will to have led the Indian independence movement from British rule.
8. He established Azad Hind Radio station in Germany and lead the Indian nationalist movement in East Asia
In January 1943, the Japanese invited Bose to lead the Indian nationalist movement in East Asia. He accepted and left Germany on 8 February and later led INA.
Also, during his stay in Berlin in the year 1943, Netaji had established the Free India Center and Azad Hind Radio station.
9. Bhagvad Gita inspired him to fight for freedom
Subhas Chandra Bose believed that the Bhagvad Gita was a great source of inspiration for the struggle against the British.
Swami Vivekananda's teachings on universal brotherhood, his nationalist thoughts and his emphasis on social service and reform had all inspired Subhas Chandra Bose from his very young days.
Image(s) source: Google Images.
Interested in General Knowledge and Current Affairs? Click here to stay informed and know what is happening around the world with our G.K. and Current Affairs section.
ADD COMMENT+

by Taboola
Sponsored Links
FROM THE WEB
rammes