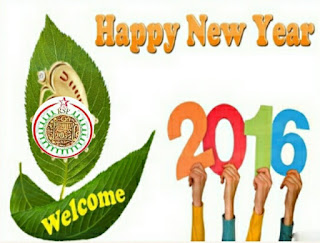 Posted by Rohang king at 9:22 AM No comments:

Email ThisBlogThis!Share to TwitterShare to FacebookShare to Pinterest
Labels: Entertainment 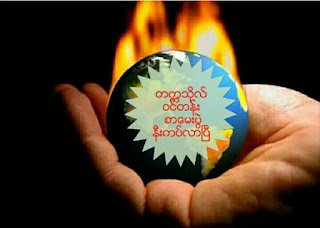 By Gchit Salam / IslamYc
“The authority is using the tactic of rape as a weapon against Rohingyas Muslims in the State of Arakan (Burma/Myanmar). This has been going on from 2012 until the people were driven out from their land,” said an aid worker of Maungdaw whose name was not mentioned.
Some cases of rape against Rohingya Muslimahs (women) that happened recently and recorded in the report mentioned. Earlier, hundreds of Rohingya Muslimahs (women) who are still teenagers, have become victims of the savagery of the Buddhist Burmese forces, they are deprived of their honour amidst the sufferings as a result of the violence committed by the Buddhist ethnics of Arakan in their villages.
In some cases, the local said, “Security forces entered the village during the night to check out the list of families where those forces raped the Rohingya women in the houses as there were no more men in the houses.”
One father of Rohingyas said, my daugher Amina (not the real name), was gang raped by the soldiers in the village of Pandaung Pin (Nawlborna) in Maungdaw until she met her death, police sent us her dead body on the next morning. We can’t forget that morning, we were confused how to give her the last shower (bath/shower before dead body is buried).” Two week later, the father also disappeared. In some cases, police and Rakhine Buddhists raped the girl in front of their families.
In other cases, Burmese military is imprisoning Rohingya women from the Arakhan region and using them as sex slaves. “Please help us. If you can help us escape from here you will go to jannah (heaven),” one woman said.
“Many military men come, we can’t breathe. If we stay like this we will go to hell.” Another 18-year-old Rohingya woman I met who escaped from Rakhine state said, she was one of the women who was raped twice by police, but finally, a policeman helped her to escape form Rakahine state.
I tried to speak to her in Rakhine language, the woman replied, “Don’t speak Rakhine with me any more, I am Muslim and was a prisoner there.”Her intended meaning of what she was to say. she felt clear, these women are being raped, and they don’t have to say it explicitly for anyone to understand what’s taking place.
However, there is no report of how their conditions are on the international Media.
The Rohingya Muslims are killed while their houses are all burned down, and the Masjids (Mosques – place of worship) are also burned down, their properties are seized and the Muslimahs (women) are raped.
Strangely, the Burmese Government appears incapable in facing the brutality of its forces and citizens. According to an elder of Maungdaw, the Government is deliberately committing a systematic ethnic cleansing to make the Muslim Rohingya community run away from their land.
Posted-Gchit Salam
Edit- Yee Yee Mom

Source: Islamyc.com
Posted by Rohang king at 9:47 AM No comments:

Email ThisBlogThis!Share to TwitterShare to FacebookShare to Pinterest
Labels: ႐ိုသတင္း

No Sec 1 student intake for 7 schools next year 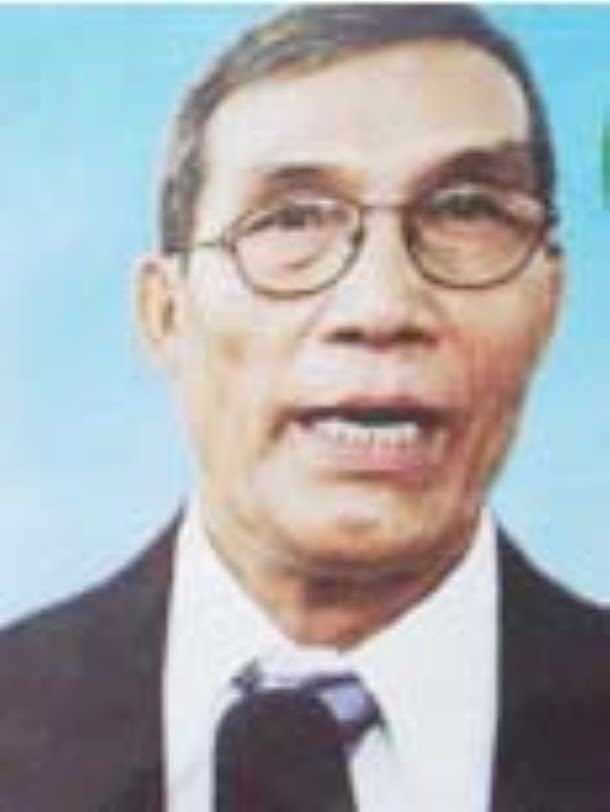 Email ThisBlogThis!Share to TwitterShare to FacebookShare to Pinterest
Labels: အင္တာဗ်ဴး 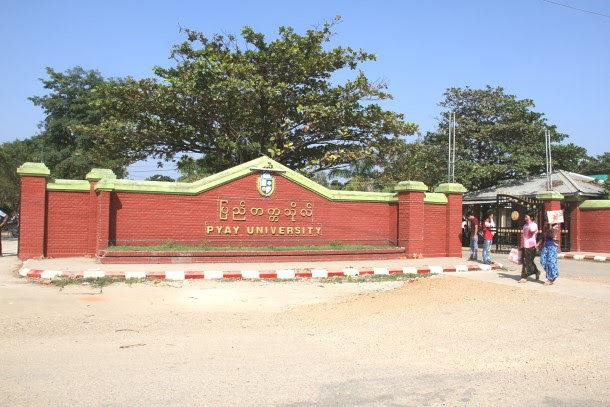 Email ThisBlogThis!Share to TwitterShare to FacebookShare to Pinterest
Labels: ျပည္တြင္း 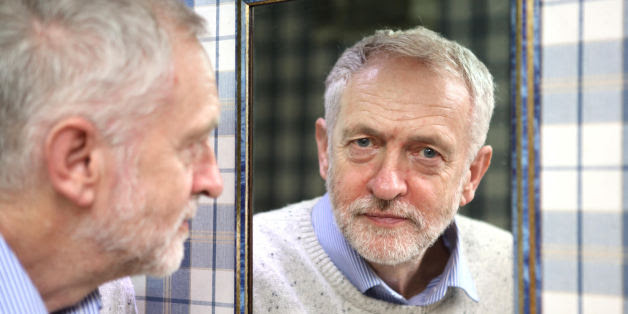 CHRIS GORMAN FOR HUFFPOSTUK
Jeremy Corbyn has thrown down the gauntlet to Donald Trump, inviting him to Finsbury Park Mosque in London to show him how “multicultural, multifaith” Britain works.
In an interview with HuffPostUK to mark his first 100 days in post, the Labour leader said that he did not want to ban Trump from entering the country, but would prefer to show him personally what life was like in the UK.
He also signals that he wants to end to the US-UK ‘special relationship’, arguing it is time for Britain to have a 'more independent foreign policy' and to stop following the US in wars overseas.
Corbyn declares that Bernie Sanders can 'of course' still win the Democratic Party nomination, and says that even if he doesn’t, he will have pushed Hillary Clinton into adopting more radical positions on taxing the rich.
In the first instalment of our interview, the Labour leader also talks frankly about the pressures of leadership and his profile in the media.
He also talks of his dismay at the applause and cheering of MPs at the end of the Commons Syria vote, after Shadow Foreign Secretary Hilary Benn made his passionate speech backing military intervention.
"Sorry, we were voting to send bombers in to bomb targets, putting servicemen and women at risk, civilians at risk, you can’t cheer when you’re going to war. That is 1914 Jingoism, that is past," he told HuffPostUK.
“What I was appalled by was the end of that debate, with mainly Conservative MPs waving their order papers around, clapping and cheering."
And, ahead of the BBC’s Sports Personality of the Year Award, he urges boxing champion Tyson Fury to meet him to have a ‘chat’ about his views on women and homosexuals.
A UK Parliamentary petition calling for Trump to be banned from entering Britain on grounds of ‘hate speech’ had amassed a record half a million signatures.
Corbyn says he would not want to ban the Republican contender for President, but instead invites him to take a tour of his constituency – including Finsbury Park Mosque.
“I wouldn’t ban him from coming to the UK,” he said. “If Donald Trump wants to come to Britain, absolutely fine, he can come and join me in Finsbury Park mosque.
“And then he can come to the synagogue afterwards. We can have a chat there. We’d go around. We manage to have a coherent, multifaith, multicultural society in London, in Birmingham, in Leicester, all parts of this country. He’s welcome to come and see. He might learn something.”
Mr Corbyn this month attended a rally of solidarity outside the mosque after it suffered an attempted arson attack in the wake of the Paris terror outrage.
Finsbury Park mosque was once host to Abu Hamza, the cleric who was extradited to the US and in January sentenced to life in prison after being convicted on terror charges. Since police raided it in 2003, its leadership was reclaimed and a brand new board of trustees and imams installed.
Referring to the Democratic race for President, Corbyn refused to rule out Sanders coming out on top.
“He’s still got a chance, of course he has. I don’t know what the outcome is going to be. I would guess that Hillary will probably win it in the end.
“But participating changes the debate. His challenging of the inequalities in the USA, of the corporate relief and fat cats compared to the working people, he’s standing up for public services as opposed to private services, I think has changed the debate.
“So whoever wins the Democratic nomination, some of what Bernie has been saying is going to end up being incorporated into that Democratic programme.
"So it might be that there’s going to be a real debate in the Presidential election, which is about the general direction the country takes. I hope that’s the case. And I’m very impressed by the numbers that Bernie is getting to his rallies and meetings and as he apparently was impressed by ours, in a much smaller country.”
Asked if he wants to end the ‘special relationship’ between Britain and the US, Corbyn replies: “I am concerned that for the past 60 years we’ve essentially followed the US foreign policy all around the world.
“And with the exception of Vietnam war, in most cases we’ve got involved in either overtly or covertly supporting the USA.
“Not all cases, but particularly Afghanistan, Iraq, Libya, Syria. I think we’ve got to think about this, think about our interventions and think about where we go on these matters.”
Asked if that meant he was effectively auditioning for the Hugh Grant role in the movie ‘Love Actually’ – where a British Prime Minister stands up to an American President in Downing Street – Corbyn smiled.
“I’ll watch it over Christmas. In general you get a lot further if you listen to people, by politeness and respect. I don’t shout, I listen then I talk.”
READ: HuffPostUK's full interview with Jeremy Corbyn
Posted by Rohang king at 6:59 AM No comments: 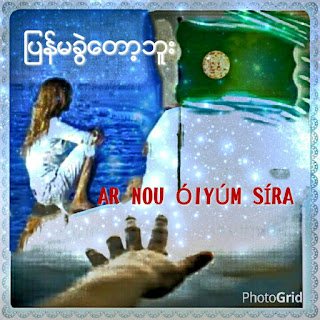 Posted by Rohang king at 9:13 AM No comments: 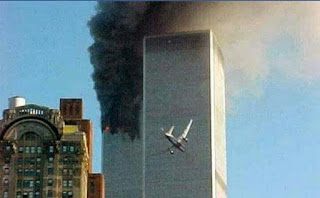 Credit to.   Malboro King
Posted by Rohang king at 9:09 AM No comments: