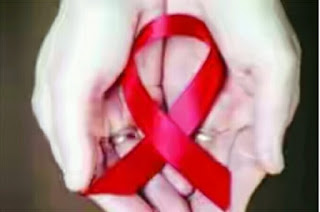 Scientists are developing a new drug treatment that may provide a better long-term control over HIV by stimulating a patients' immune response with just a single dose of an antibody.

The development of antiretroviral therapy, a combination of drugs that slows the replication of Human Immunodeficie-ncy Virus in the body, has transformed the treatment of this infection.

What was once a certain death sentence is now a chronic condition that people can live with for decades. However, the therapy has side effects, including kidney problems, decreased bone density and gastrointestinal problems. A phase-1 clinical trial of the new treatment developed by researchers from The Rockefeller University in US and the University of Cologne in Germany, may offer new insights about how the antibody functions.


"This study provides evidence that a single dose of an antibody stimulates patients' immune respo-nse, enabling them to make new or better antibodies against the virus," said Till Schoofs, a postdoctoral fellow at Rockefeller University. "We reported last year that this treatment can greatly reduce the amount of virus that's present in someone's blood, but we wanted to follow the patients for a longer period of time to study how their immune systems were adapting to the new therapy," Schoofs said. The molecule used in the research, 3BNC117, is called a broadly neutralising antibody because it has the ability to fight a wide range of HIV strains.

Researchers isolated it several years ago from an HIV-infected patient who-se immune system had an exceptional ability to neutralise HIV in the blood by preventing the virus from infecting and destroying a specific type of immune cells, called CD4 cells, in patients. The destruction of CD4 cells is a hallmark of AIDS. Early studies showed that 3BNC117 can neutralise more than 80 per cent of HIV strains that are found around the world. The researchers therefore theorised that giving the antibody to patients would help them to fight the virus as well.

The clinical trial included 15 patients who had high levels of the virus in their blood, and 12 other patients whose virus levels were being controlled with antiretroviral therapy (ART). The patients were infused with a single dose of 3BNC117 and were monitored over a six-month period. The researchers found that 14 out of 15 patients who had high levels of the virus at the time they were given the antibody were making new antibodies that were able to neutralise a number of different strains of HIV.
Posted by Rohang king at 3:46 PM