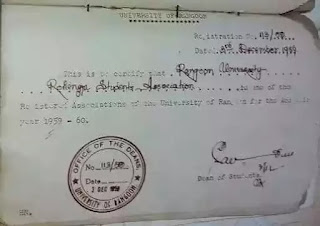 
Since 1960, there had given rise to political results which were also affected by the great hatred existing between the Muslims and the Buddhists in Arakan; the Muslims objected to the demand of the Rakhine Party for the status of a state for Arakan within the framework of the Union of Burma due to deep-seated suspicion existing between them.

U Kyaw Min, leader of Rakhine party, failed in all his attempts, after the 1951 elections, to win over the Muslim Members of Parliament from Arakan to form an all-Arakan faction within Parliament, with the promise of securing their rights as Muslims in the “State” to be constituted. However the Muslim leaders did not wish for Arakanese Buddhist rule. The large majority of the Muslim organizations of the Rohinga of Maungdaw and Buthidaung demanded autonomy for the region, to be directly governed by the central government in Rangoon without any Arakanese officials or any Arakanese influence whatsoever. Their minimal demand was the creation of a separate district without autonomy but governed from the center. The Muslim members of the Constituent Assembly, and later the Muslim M.P’s from Arakan raised this demand also during the debates in Parliament and in the press. 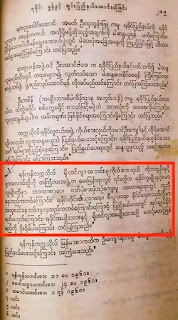 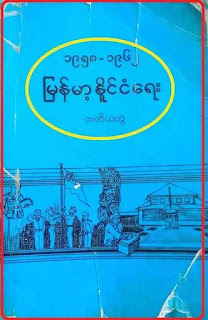 In response to the promise made by U Nu, on the eve of the general elections of 1960, that if his party won, he would confer the status of a “State” upon Arakan, within the framework of the Union of Burma, on a par with the “statehood” of the other integral states of the Union, many Rohingya organizations and the respective Arakanese Muslim organizations raise voices against it.

At that time, there were many Rohingya and Arakanese Muslim Socio-Cultural organizations. Among them, the two important Rohingya organizations were; United Rohingya Organization which was founded in 1956 and the Rohinga Youth Oragnization that founded in 1959. They have branches in Rangoon, Maungdaw, and Buthidaung. Four additional organizations were established in the year 1960: Rohinga Students Organization, Rohinga Labour Oragnization, and Rangoon University Rohingya Students Association, all three of which exist only in Rangoon, and the Rohingya Jam'iyyat al-'Ulama, with branches in Rangoon and in Mayu. Their membership consists of young people; as a matter of fact, the same group is active in all of them. The Jam'iyyat was founded as early as 1936 and operated until 1956 as a general organization of Arakanese Muslims. In 1960 the new organization, as above, came into being. For the Muslims of Arakan outside the Mayu Area, and especially for those of Akyab, Kyaukpyu, Sandoway, and Ramree, there are other, separate organizations: Arakan National Muslim Organization and Arakanese Muslim Youth Organization. The president and the secretariat of each of these two bodies are located in Rangoon, and are in close contact with Sultan Mahmud. The first of these was set up in 1960; the second was founded earlier, in 1954, by Arakanese Muslim students attending the Rangoon University.

The Rohingya Youth Association held a meeting in Rangoon on July 31, 1961, where the call was issued not to grant the status of “State” to Arakan because of the community tensions still existing between Muslims and Buddhists since the 1942 riots. A similar resolution was taken by the Rangon University Rohingya Students Association, with the additional warning that if it is decided, despite all protest, to set up the “State”, this would require the partition of Arakan and the awarding of separate autonomy to the Muslims.
The following is the statements of Ko Shah Alam and Ko Ba Tun the representatives of the Rangoon University Rohingya Association that was mention in Vol.3, Page 219 0f‘Burmese Politic from 1958 to 1962’, By the University Press, Rangoon 1991. Although it was edited by U Myint Kyi and U Htoon Tint of Burmese Language Commission, it was under the direct supervision of SLORC. The Rangoon University Rohingya Students Association is one Registered Associations of the University of Rangoon for the Academic Year 1959-60. According to letter No. RG-7/60, dated (17-12-1960) and it had been extended its registration.

This is to certify that ( Rangoon University Rohingya Association ) is one of the Registered Associations of the University of Rangoon for the Academic year 1959 - 60 .


U Rashid was Minister of Industry in U Nu government.

In the picture at the center with Garland of flowers is Uncle U Rashid.

Uncle Rashid came to sittwe to form Burma Muslims Organization. In BMO U Pho Khine was

President and I was secretary of BMO in Sittwe- Arakan .

This is just for the record .

In the picture from left to right:


1. Sorry I forgot his name from Maung Daw, Arakan.

4. In the Center Uncle U Rashid.

5. U Maung Tin ( aka ) Mohamed Yacoob , President from Sittwe, Arakan.


In the front row:

His parents from Perein, Mauk Oo.

3. U Sulaiman ( Deputy Inspector of Schools ) from Sittwe. Arakan

5. Sorry I forgot his name – from Maung Daw- Arakan.

6. U Hla Tin ( aka ) U Mohamed Yunus ( Senior School teacher )He was my roommate in Mandalay Hall.- from Maung Daw, Arakan.

Daw Khin Khin Lady Vice President was absent- from Sittwe. She was married to a doctor and is now in USA.

U Maung Nu (aka) U Yunus ( Civil Engineer ) from Sittwe. Now an engineer in USA.

By U Maung Tin (a) Yacoon (Canada)