81-Year-Old Man to Graduate From Georgetown After Decades 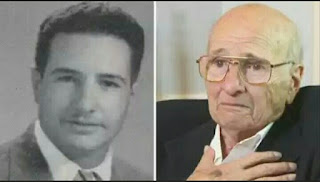 81-Year-Old Man to Graduate From Georgetown After Decades

An 81-year-old man who attended Georgetown University more than 60 years ago but fell just a few credits short of graduating will finally earn his degree this week.

Carlos Manuel Sera, of Houston, will graduate from the McDonough School of Business after he was forced to drop out in 1959. Though he lives far from Washington, D.C. now, he said Georgetown has always been dear to him.

"I’ve always been a Hoya, from day one," he said in Houston.

When Manuel Sera started at Georgetown, his father was a high-ranking Cuban diplomat at the Cuban embassy in D.C.

4 Treated After Raccoon Attacks in Georgetown
In 1959, the political tide on the island nation began to shift, a revolution took hold and Manuel Sera’s father lost his job.

Without the financial means to stay in school, Manuel Sera left Georgetown to work in business and raise a family. Over the decades, he kept quiet about having never finished college. Recently, his granddaughter asked him about his past.

"In that conversation with her grandfather, she found out that he didn’t quite finish," Manuel Sera's daughter Mayte Sera Weitzman said.

Manuel Sera’s daughter reached out to Georgetown’s president, who contacted Professor Thomas Cooke in the business school. Manuel Sera enrolled and began to work with Cooke.

Cooke learned Manuel Sera only needed four credits to finish his undergraduate business degree by passing a course on taxes. This spring, Manuel Sera completed his final class, mostly by working over the phone.

Manuel Sera said he told the professor he was honored to earn the last credits he needed.

"I said, 'Professor, you have no idea how I have been fulfilled,'" Manuel Sera said, his voice quivering.

He will not be able to travel to D.C. for the graduation because of health issues. But graduating from a distance is just as meaningful, he said.

"I'm home," he said, choking back tears and clutching a hand to his heart.
Posted by Rohang king at 5:18 AM