SHAB'E-BARAAT: AN INNOVATION IN ISLAM 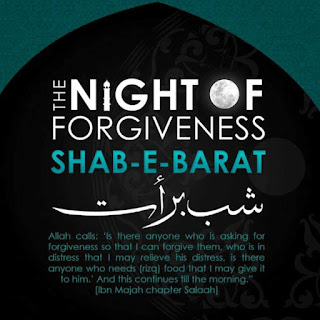 SAVE ISLAM FROM SHIRK AND BID'AH


Giving significance to the night of 15th Sha'ban, visiting graveyards, doing extra Ibaadah (worship) and offering extra Nawaafil Salaah with the intention of specifically doing so on the occasion of 15th Sha'ban, having illuminations, considering it to be the Eid of the dead and keeping awake for the whole night of 15th Sha'ban and encouraging others to do the same -- all these are Bid'ah (innovation) . The prophet and the Sahaabah never did so nor commanded the muslims to do so.


We don't find any evidence of such things in the entire authentic Seerah of the Prophet and his companions. According to Allamah Ibn Rajab Abu Bakr Turtoshi, Ibn Wazzah Qurtubi, Suyuti, Shokani etc. all the Ahadith pertaining to the subject are weak and unacceptable.


The Hadith that is generally quoted to support the practices done on the night of 15th Sha'ban is Da'eef (weak) according to Muhaddiseen (the scholars of Ahadith) and is not to be put into practice.


I missed Allah's Messenger (peace be upon him) during the night and found him in al-Baqi'. He said: Were you afraid that Allah and His Messenger would deal unjustly with you? I said: Allah's Messenger , I thought that you had gone to some of your other wives. He (the prophet) said: Verily Allah, the Exalted and Glorious, comes down to the heaven of the world in the middle night of Sha'ban and forgives sins even more abundant than the hair of the goats of Kalb.
(Tirmidhi, Hadith No. 739; Sunan Ibn-I-Majah, Hadith No. 1389; Ahmad Vol. 6, 238)

According to Imaam Bukhari and Tirmidhi, the above mentioned Hadith has a broken chain of narrators in two places, and therefore it is weak. Allamah Ibnul Arabi (543H), in his commentary of Sunan -At-Tirmidhi, titled 'Arizatul-Ahwazi', Vol 3, Pg No. 216 adds: '....further, in it Hajjaj Ibn Artaat is not reliable.'


However, it is established that the Prophet (pbuh) did visit the Baqi graveyard once, as Allah had commanded him and he prayed for Ahle-Baqi (the people of Baqi), but the exact night of this event is not known, as there is no clear proof in this regard. The prophet had done this by the commandment of Allah (swt), therefore the Prophet was an exception to this act.

Aisha (R.A.) says that the Prophet (pbuh) said: "Gabriel came to me and said; Your Rabb commands you to go to the graveyard of Baqi and seek forgiveness for them". (Sahih Muslim, Hadith No. 2256)

It is permissible for men to visit graveyard whenever they wish and pray for the dead, however it is not permissible to fix a specific day or night for the purpose and consider it to be of a special virtue unless we find any proof for doing so from the Qur'an or the authentic Ahadith.

Allamah Ibnul Arabi writes: "There is no reliable Hadith regarding the 15th of Sha'ban. Although certain commentators insist that the verse from Surah Dukhan, chapter 44, verse 4: 'In that (night) is made distinct every affair of wisdom', refer to 15th of Sha'ban, but this is not true, as Allah did not reveal the Qur'an in Sha'ban. The Qur'an was revealed in Ramadan, as mentioned in Surah Baqarah, chapter 2, verse 185, and this can only be statement of a person who transgresses the book of Allah (swt) and is careless of his word". (Arizatul Ahwazi, Vol. 3, Page No. 217)

According to Hadith of Sahih Muslim, Vol. 2, Hadith No. 1885: ".. Most evil affairs are their innovations, and every innovation is an error..."


So Muslims should beware of and steer clear of all innovation and bid'ah.