8 BODYBUILDERS WHO CROSSED LIMITS BY OVERDOING IT


8 BODYBUILDERS WHO CROSSED LIMITS BY OVERDOING IT

Take a look at these 8 bodybuilders who unfortunately did not stop in time and crossed the limits. 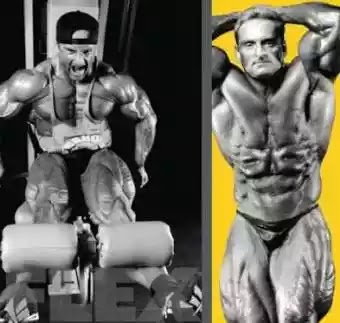 Andreas Munzer died at the age of 32 in year 1996 due to multiple organ failure and no fat stored in body. At the time of his death, his heart was way bigger than normal and he also had several tumors on his liver. 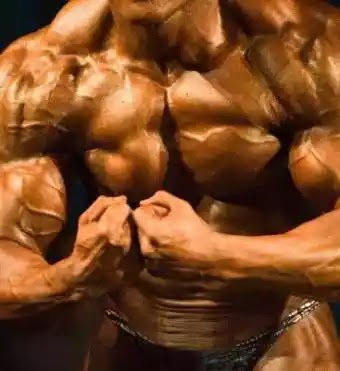 Gary Himing was a well-known competitor in bodybuilding events for years. He overdid so much that he died on stage in 2009, while competing in the IFBB competition in Victoria, Austrailia. According to the information Himing died due a heart attack and instead of canceling the event his body was moved to a hospital and the show went on. 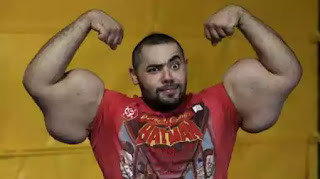 With a unsual physique Moustafa Ismail holds the Guinness World Record for the biggest biceps measuring 31 inches. He is also known as the Egyptian Popeye. According to Ismail he doesn’t abuse any steroids or other drugs, but instead subsists on a daily diet of nine pounds of protein, seven pounds of carbs and three gallons of water. 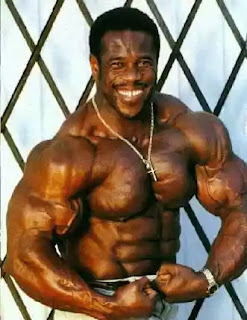 When Bertile Fox took up bodybuilding, he became a very great competitor in short period by winning numerous events. However, by the intake of extensive amounts of human growth hormones, his body and brain was negatively impacted. Steroids also caused an imbalance which resulted in aggressive behavior. And because of this aggressive behavior he lost it in 1997 when he murdered his ex-fiancée and her mother. After which he was sentenced to death, but later had his sentence reduced to life in prison. 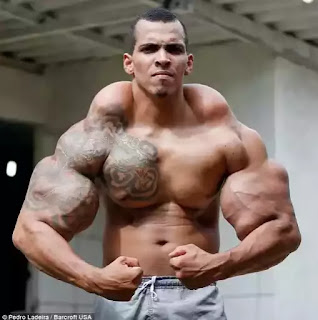 Romario Dos Santos, is a young 25-year-old bodybuilder who injects arms with oil and alcohol. He uses lethal injections to pump up his biceps to 25 inches because of which he now faces a catalogue of serious health issues. 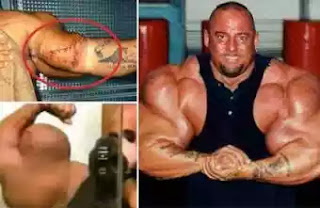 He is the man whose arm once exploded because his bicep was infected by the excessive use of needles which he used to inject drugs. 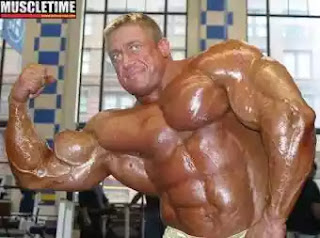 The man with the biggest shoulders in bodybuilding history is none other than Markus Ruhl. He is also believed to be one of the strongest bodybuilder ever born in this world. 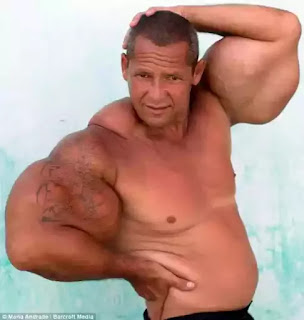 Nicknamed as “The Mountain” Arlindo De Souza has grown 29 inch biceps by injecting the filler into his body. He already lost one of his close friend by injecting drugs, but still he is not afraid.