Did one woman really give birth to 69 children? 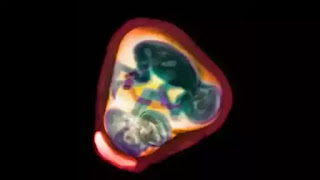 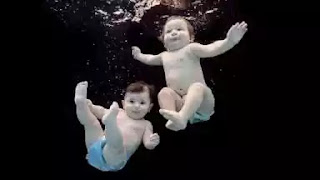 Did one woman really give birth to 69 children?

Conceiving and raising one child is demanding enough – yet historical reports suggest that one woman bore 69. Are they true? And will modern medicine push the limit even further?

If British tabloids had existed in the 18th Century, they would have gone utterly barmy over the family of Russian peasant Feodor Vassilyev.
Why? His first wife – whose name is lost to history – holds the widely cited world record for bearing the most children. According to a local monastery's report to the government in Moscow, between 1725 and 1765 Mrs Vassilyev popped out 16 pairs of twins, seven sets of triplets and four sets of quadruplets, over 27 separate labours. The grand total: 69 children.
You can only imagine how a present-day newspaper editor would react to such fecundity, especially given the tabloid clamour in recent years over octuplet mother Nadya "Octomom" Suleman, who has 14 children, or the Radford family in Britain, which has 16 kids – and a TV show.
So, is it even possible to birth 60+ children? "It sounds fantastical. I mean, 69 kids? C'mon!" says James Segars, director of the Division of Reproductive Science and Women’s Health Research at Johns Hopkins University.
A woman could, in theory, become the mother to more children than we ever thought possible
I decided to dig a bit deeper into this astonishing – and seemingly dubious – claim, by consulting reproduction experts. My hope was to discover the fundamental limits to how many children a woman could ever naturally have. But along the way, I also discovered that if you take modern science into account, a woman could, in theory, become the mother to more children than we ever thought possible.
First, let’s consider the mathematics of the Vassilyev report. Would she have had enough time for 27 pregnancies in the 40 year-span that is claimed? Initially, the answer appears to be yes, especially if you take into account the fact that triplets and quadruplets are usually birthed after shorter-than-average terms.
Mrs Vassilyev would have been pregnant for 18 years in total
Some rough calculations: 16 twins times 37 weeks; seven triplets times 32 weeks; four quadruplets times 30 weeks. Add it up, and Mrs Vassilyev would have been pregnant for 18 years of the 40 years – half of the time, or two-decades-worth of craving pickles and ice cream.
But whether that would be possible in reality is another matter.
For starters, could she have been fertile enough over such a long time period? Women typically go through menarche at around age 15, when their ovaries begin releasing usually a single egg every 28 days. This ovulation continues until the egg supply, insofar as we know, is exhausted at menopause, the typical onset of which is 51 years of age.

Well before menopause, though, women's fertility plummets. "The percentage chance of having a baby per cycle when a woman is 45 [years old] is about 1% per month," says Valerie Baker, an associate professor of obstetrics and gynaecology at the Stanford School of Medicine.
As women get older, egg quantity and quality diminish. Halfway through fetal development, unborn females have as many as seven million immature egg cells, but they are born with closer to only one million eggs. Only a few hundred thousand eggs then persist into adulthood. And of these legions, technically known as follicles, something like 400 ever mature and eventually ovulate, assuming a 30-year span of potential childbearing.
The last of these eggs, ovulated late in a woman's fertility window, have far higher chances of accruing damage and mutations, such as chromosomal abnormalities. Many pregnancies with these atypical eggs self-terminate.
"Most women don't get pregnant past 44, 42 [years of age]," says Segars. "But you'll occasionally hear of people pregnant in their late 40s."

In developed nations, modern obstetric care, such as medically necessary caesarean sections, has slashed maternal mortality rates. In the UK, just eight women per 100,000 live births die due to pregnancy-related issues while pregnant or within six weeks of ending a pregnancy, according to the most recent statistics from the World Bank. Meanwhile, in one of the poorest countries on the planet, Sierra Leone, the rate is 1,100 maternal deaths per 100,000 live births.
Assuming Mrs Vassilyev survived 27 labours is accordingly dubious. "In the past, every pregnancy was a risk to the mother's life," says Segars. Notably, the risks for serious, deadly complications, such as hemorrhaging, skyrocket with multiple births such as quads.
"Every pregnancy back then was a complication, even a singleton," says Tilly.
An awful lot of nippers
Mrs Vassilyev's multiple conceptions of twins, triplets and quadruplets further strains credibility. Fetal twins and their more numerous permutations come about in one of two ways: either multiple ovulated eggs are successfully fertilised by sperm – so-called fraternal twins – or a single fertilised egg divides into two or more viable embryos, leading to identical twins with the same genetic code.
A propensity to have twins runs in families, so could Mrs Vassilyev have been extreme example?
Overall, these events are very rare. In the UK in 2012, for instance, the chances of birthing twins stood at just 1.5% of pregnancies; triplets, a vanishingly small three ten-thousandths of a percent, and quadruplets or more, just three instances out of 778,805 maternities, according to statistics compiled by the Multiple Births Foundation.
True, a propensity to have twins does run in families, so Feodor's wife could arguably have been just an extreme example. But overall, the odds for Mrs Vassilyev to have somehow conceived and then survived the cranking out of 16 twins alone – let alone the quads – seem astronomical. "Even just the 16 sets of twins? I'd be shocked," says Jonathan Tilly of Northeastern University, who is investigating oocyte stem cells for their use in infertility and women's health (which we'll hear more about later on).

Yet another red flag in the Vassilyev tale: supposedly 67 of those 69 children survived infancy. Infant mortality was high in the 18th Century for full-term singletons, and dismally more so for higher-order births, who are almost always born pre-term and less healthy. "Even if you had four sets of quads today, I'm not sure they'd all survive," says Segars.
Finally, there’s one question that beggars belief: what woman would want to do this? "Just think of the stress!" says Baker.
Segars agrees. The last reason he doubts the Vassilyev claim? "Sanity! I couldn't imagine living in that house."
If it were true after all, however, the daunting childcare duties could be part of the reason why after decades of marriage, the Vassilyev couple split up. Old man Feodor took a second wife, who allegedly had "only" 18 children. Talk about tabloid fodder.
Brave new world
So what is the actual limit? Answering that question today is complicated because the "natural" limits to offspring from an individual woman no longer strictly apply.
For starters, assisted reproductive technologies (ART) developed in the late 1970s has led to a spike in twins, triplets and so on. (“Octomom” Suleman, for instance, used ART.) The fact that surrogate mothers can now carry the biological fetuses of other people also potentially increases the maximum number of children possible within one family.

The fact that surrogate mothers can now carry the biological fetuses of other people potentially increases the maximum number of children possible within one family
But perhaps most intriguingly, research findings in the last few years hint that the outer limits of female reproduction could be much greater than we can imagine. Recent studies suggest woman's ovaries contain "oocyte stem cells" that, if properly stimulated, might allow her to produce eggs in almost unlimited number.
Tilly and colleagues have documented these cells in creatures ranging from flies to monkeys and, in 2012, humans, too. While oocyte stem cells do not produce eggs in humans, they do in other creatures. Female flies make fresh eggs routinely this way.
While many doctors in his field harbour doubts, Tilly believes the mechanism in women could, in principle, be switched on, helping women whose existing egg supply is in dire straits or prematurely exhausted from cancer treatment, for instance.
In theory, women could be more like men – with the capability of mothering hundreds if not thousands of children
If that hypothetical procedure does turn out to be possible, consider this extreme scenario: fertility drugs could be used to induce ovarian hyperstimulation, wherein multiple follicles mature and ovulate at once. These bunches of eggs could then be surgically removed and fertilised in vitro, outside the body, for subsequent surgical placement into the uterus of an army of surrogate mothers, who would carry the foetus (or foetuses) to term. Each one could potentially have twins – or more.
From a reproductive perspective, then, women could therefore be more like men – with the capability of mothering hundreds if not thousands of children, leaving Mrs Vassilyev in the dust.
Tilly makes clear that his research is not in any way intended to open the doors to women having thousands of children. The idea is to aid the fertility of those who are struggling. Still, he's hopeful it might level the playing field when it comes to fertility across the genders.


After all, human males produce millions of sperm daily throughout their lives, meaning they have essentially no natural limit to how many children they might sire other than available, ovulating partners. The conqueror (and possibly inveterate rapist) Genghis Khan likely fathered hundreds of children across his continent-of-Asia-spanning empire approximately 800 years ago; genetic evidence implies some 16 million people alive today are descended from him.
As soon as we start talking about the infinite possibility of female fertility, people get crazy – Jonathan Tilly
"Theoretically, men can father children into a very advanced age and if they start having children young, then you can get the Genghis Khan model," says Tilly. Assuming his research fully pans out, when it comes to practically answering the question of biological progeny, "male fertility doesn't really have a limit," Lilly says, "and women's doesn't, either."
Clearly, this scenario of mothers with countless children would cause quite a stir if it comes to pass – perhaps even more so than the 69 children of Mrs Vassilyev. Would a man who fathered scores of children nowadays raise the same hackles, though, and if not, is that fair?
"People treat unlimited male fertility with a shrug, because everyone knows we can do it," says Tilly. "As soon as we start talking about the infinite possibility of female fertility, though, people get crazy." He feels a sense of perspective should be kept and that the equality women have deservedly sought in recent decades should apply to procreation as well. Says Tilly on the matter: "There really should be no difference between the sexes."
Posted by Rohang king at 9:21 AM

Email ThisBlogThis!Share to TwitterShare to FacebookShare to Pinterest
Labels: သုတ