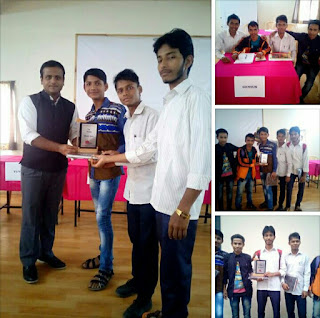 November 10
03:30
2015
By Chandra Khan
New Dehli, India (Rohingya Vision) – The Rohingya Refugee Youths in India show their talents by winning prizes in the recently held competitions among the refugee groups in the country.
There was a competition named ‘Knowledge Meet’ sponsored and organized by UNHCR/Bosco in New Dehli for the refugee students seeking asylum from different countries.
The ‘Genius Burmese Rohingya Youth Club’ is one of the nine Refugee Youth Clubs of different ethnic origins that participated in the competition. The categories of the competition are as follows.
English
Computer
Hindi
General Knowledge
Rights (Human, Children and Women rights)
In the completion, the Rohingya youth club won prizes in different categories such as ‘first prize in Hindi, third prize in computer and third prize in Rights competition’ respectively. The members that took part in the competition are:
MD. Kasim
MD. Shaker
Hussain Johar
Sohail Khan, Club Leader
SK Abdul Khan, Club leader
Ali Johar, Club Coordinator
The ‘Genius Burmese Rohingya Youth Club’ was born in New Dehli last year with a group of Rohingya youths escaped from the deadly persecution by the Burmese (Myanmar) government. Under the patron of UNHCR/Bosco, like any other refugee youth clubs, it is a platform between UNHCR and the refugees where the refugee youths can proudly show their talents, tradition to improve their lives.
It strongly stands for showing talents of Rohingyas by taking parts in different refugee development programs at a time when many people in India don’t even know what Rohingya is.
Likewise, they also seek your wishes and supports for upcoming programs on:
SGBV Meet (Sexual and Gender based Violence)
HIV/AIDS awareness rally on world AIDS Day ( on 1st December)
Sports Meet (from 3rd December to 12th December 2015).
They warmly invite interested people for upcoming activities and programs.
[Edited by M.S. Anwar]
Posted by Rohang king at 8:33 AM